Latest batch of random 15mm sci-fi models have arrived, from Alternative Armies based in the UK.

The main purpose of this order was to expand out the Zhaleed Empire force. The Greater Sandworm and Sandworm Swarm models were perfect for this Dune-themed army. On top of that they had some figures in robes that will fit nicely as a priestly Templar caste, which I'll scatter through the force as officer/HQ models. 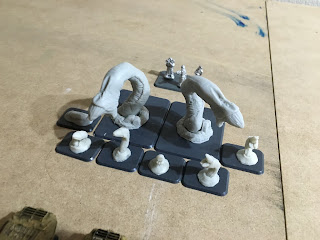 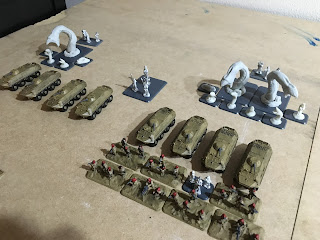 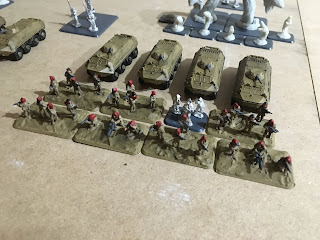 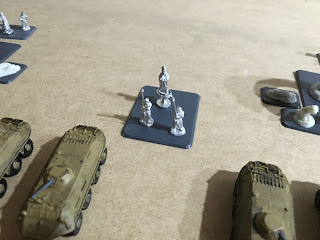 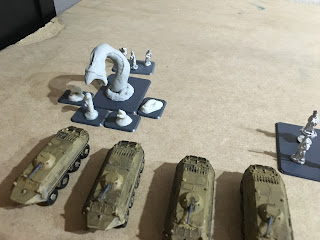 So the models for the initial Zhaleed Empire force are mostly received and assembled. A second platoon of Sahadeen infantry is still on backorder, but once those arrive the force will be ready to put on the table.

In terms of expanding the force, I have enough of the robed figures I could base them up as a full platoon (maybe an elite "zealot" unit or something). And since I'm already using the BTRs, any modern Soviet equipment would fit in. The ZSU-23 is one of my favorite armored vehicles (why are AA vehicles always the coolest looking?) so I might add a unit of them.