Snakes on a Plane

Latest batch of new models have arrived, these ones from ClearHorizon Miniatures. These were actually ordered last year, but because some of the models were on backorder they took a while to arrive.

The first models ordered were some air support for the Serpents. 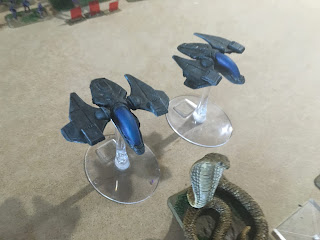 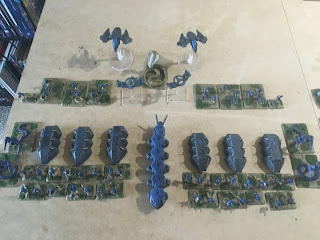 The model is the Night-Stalker from their HADES range. It comes with a large cannon, but to me it's too large and looks a bit comical, so I've left it off.

Next up is more air support, this time for the Wolf-Knights. 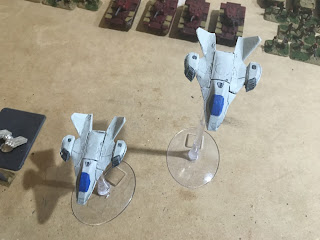 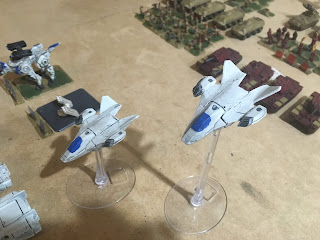 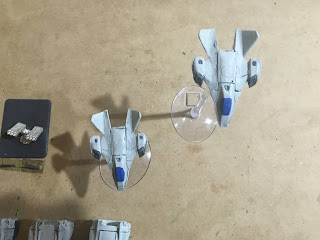 The model is the SX-18 Aurora. It's a little smaller than I prefer for my 15mm aircraft models, but not too small to use. I'm justifying the smaller size by saying that the Wolf-Knights higher tech-level lets them pack the same level of capability into a smaller aircraft. This model was a little fiddly to assemble - 8 pieces, fitting together such that the interior is hollow. The reason for this is you can model it with the rear panel lowered and use it as a transport. But I'm calling mine purely fighter aircraft.

The last model I ordered I something I am using as transports, the USHI shuttle. I picked up four of these, enough to transport my platoon of fusilier infantry. 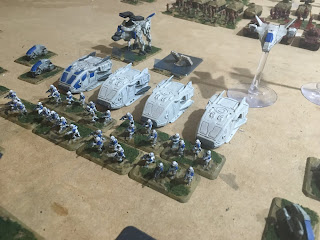 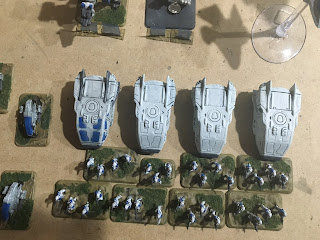 I've painted one up fully to try out the colour scheme, which I'm happy with. I'll get the last three done over the next few days, and at that point the Wolf-Knights will be something like 70-80% done. The last thing left is I've ordered three more of the Wolf-Mechs, but that might have been excessive - depending on how I stat things out, I've probably got enough to field a standard sized force with just the models I already have.