The Thrainite force is slowly but steadily coming together. Organization has been decided, the first units painted, and the rest are slowly being finished one model at a time. This is where things stand; 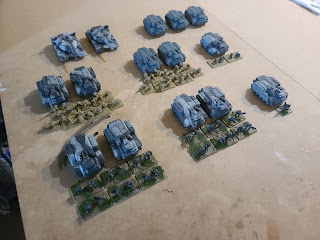 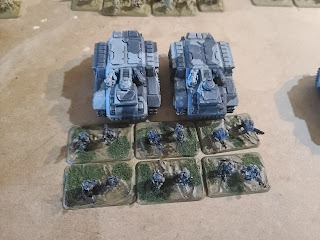 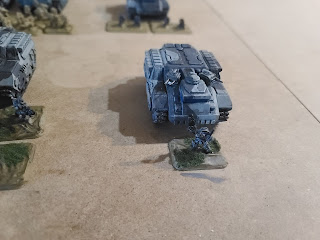 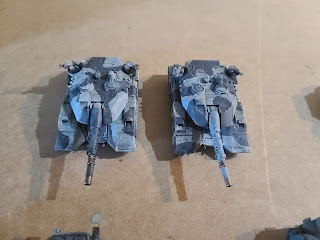 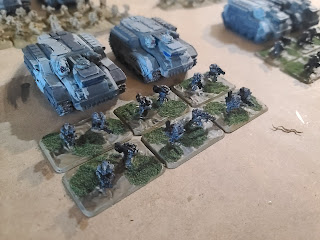 Other things I've been working on since I've been back include an ocean table, which I think has come out quite nicely. 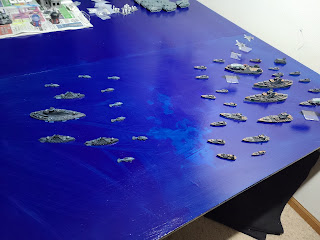 This was exceedingly simple to do, just a few coats of blue poster paint followed by a few layers of gloss varnish. The light blue area in the center was an accident, but I like how it came out - I spilled some water on the dark blue while it was drying, which washed it out. This table was intended for either Dystopian Wars (models in the picture) or maybe some modern/WW2 naval games. But a friend recently sold me some old GW Man'O'War stuff - the joys of happy coincidences! 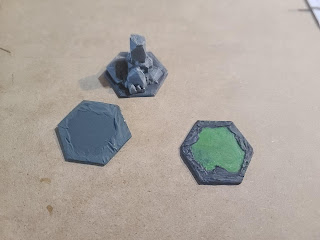 I'm planning on one each of green "acid" and red/orange "lava". Very simple, just a piece of balsa cut to shape, some spackle/polyfiller to texture the edges, and I'll use the same gloss varnish technique as the ocean table to give them a sheen.